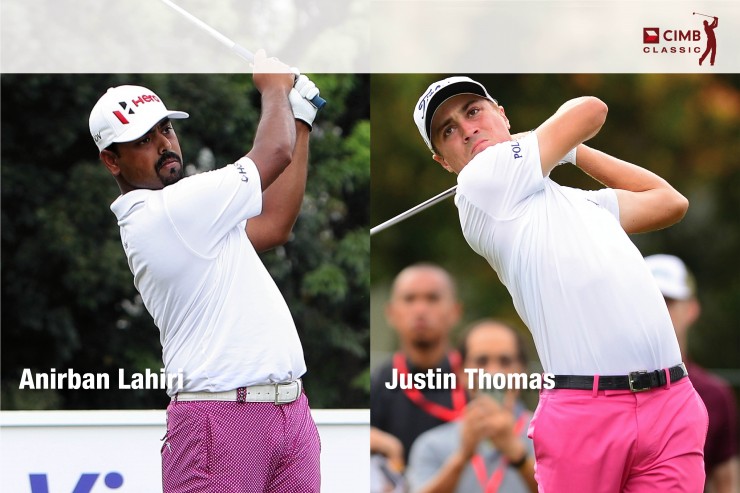 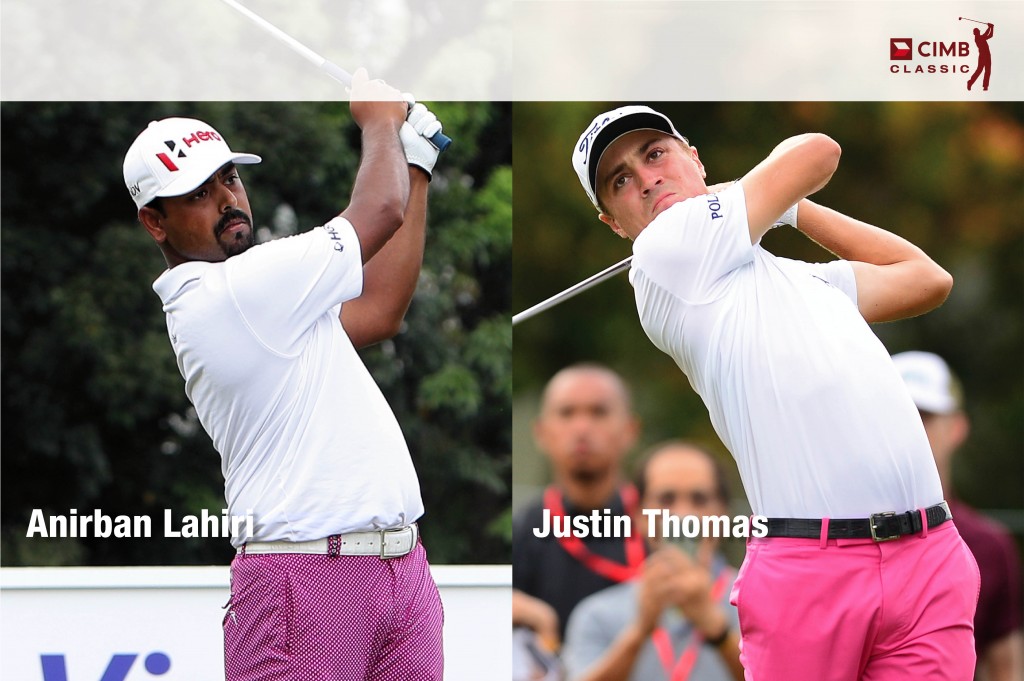 The 23-year-old American, who has held at least a share of the lead since last year’s second round, was rock steady once again at TPC Kuala Lumpur as he put together six birdies on his card for a 14-under-par 130 total.

Reigning Asian Tour number one Lahiri was poised to tie Thomas but suffered a double bogey at the par five 18th hole, the second straight day he has dropped two shots at the end of his round.

Scotsman Russell Knox produced the round of the day with a brilliant nine-birdie 63 to charge into a share of third position with American James Hahn and Japanese star Hideki Matsuyama, who both carded 64s. They are three back in the prestigious tournament sanctioned by the PGA Tour and Asian Tour.

Thomas, defending his first PGA Tour title in his blossoming career, felt he could have gone lower at the par-72, 7,005 yards TPC KL.

“I didn’t play as well as I did yesterday. I drove it better which was good but I definitely had a couple iron shots and a couple wedges that I felt like I should have hit closer, but bogey-free is always good,” said Thomas, who is ranked 35th in the world.

After winning with a tournament record of 26-under-par 262 last year, the slender American could not explain why he has dominated the CIMB Classic since his career breakthrough victory.

“If I keep playing well, I don’t really care. There’s definitely some holes that fit my eye, and there’re a couple tee shots on the par fives where I have a little bit of an advantage over some guys. But you still have to hit the shots. I feel like I’m playing pretty well,” he said.

Lahiri, runner-up in Macao last weekend, was kicking himself after dropping shots late his in his round for the second successive day. He found consolation that he has continued to make a hatful of birdies, raking up 25 birds over his last 47 holes since last Sunday.

“It’s just very disappointing to finish the way I did. Both days I think I left four or five shots out there coming in. I would have liked to be in a better position the way I’ve played but it’s not over yet. If I can switch that around the next two days, and get in the hunt on Sunday afternoon, I think I’m playing well. Hopefully I can just keep the intensity through the weekend,” said Lahiri, a seven-time Asian Tour winner and chasing a first PGA Tour title.

He hopes his familiarity with TPC KL, where he won the Malaysian Open here last season, will continue to reward his superb iron play and lead him to a maiden win at the CIMB Classic, the only PGA Tour sanctioned event in Southeast Asia.

“The last three weeks have all been courses where I’ve won, so when you go back to a course where you won, you already feel positive to start, and I think that’s what I needed (after returning from injury). It’s been so much guesswork for me in America the past season,” he said.

“I’m definitely swinging it better. Just feel like I’ve got to work on the mistakes. I’ve not made too many errors, but when I’ve made an error, I’ve kind of compounded it this week.”

Knox, the world number 20, needed just 25 putts to negotiate the greens at TPC KL as he moved into contention for a third PGA Tour victory. He was surprised to improve his scoring by seven strokes after opening with a 70 on Thursday.

“I thought I could shoot maybe five, six-under would be a great score, and then I just started making putts after putts. Got on a nice little roll there and I’m very pleased with my score,” said the 31-year-old.

He fought hard to keep the bogeys from his card by making a par save at the last. “That was a nice par to make,” Knox said. “I didn’t make a bogey all day, so that was always a goal of mine. I got a little unlucky with my tee shot and was in a bad position. So to make five on the last hole makes lunch taste real nice,” said Knox.