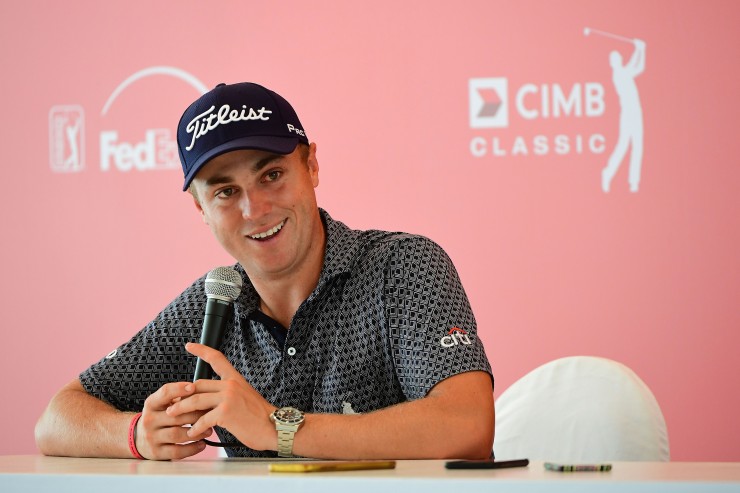 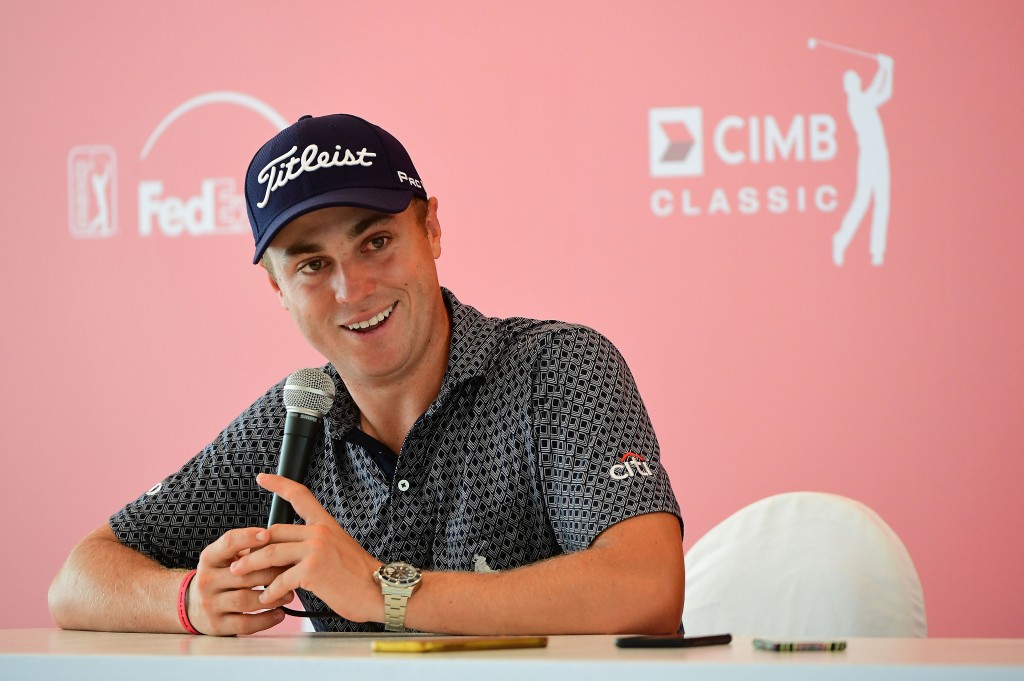 FedExCup champion Justin Thomas will be shooting fo a hat-trick of victories at the USD7 million CIMB Classic which starts at TPC Kuala Lumpur on Thursday.

The two-time defending CIMB Classic champion will be the hot favourite again to triumph in the only PGA TOUR tournament staged in Southeast Asia following a magnificent 2016-2017 campaign in which he won five tournaments, including a first major victory.

The 24-year-old, ranked fourth in the world, bagged the prestigious FedExCup and Player of the Year Award, in addition to being part of the victorious United States team which triumphed in the Presidents Cup over the Internationals two weeks ago.

In eight rounds at TPC Kuala Lumpur, Thomas is an impressive 49-under-par here and he hopes the good vibes will push him to a third CIMB Classic victory.

“It’s always exciting being back here, a place that I’ve had success, but especially my first PGA TOUR win (in 2015).  That’s something that will never change and it’s definitely a great feeling coming back here,” said Thomas, who is aiming to become the 18th player on the PGA TOUR to win an event in three successive years, and the first to do so since Steve Stricker (2009-11 John Deere Classic).

Thomas’ success in the recent PGA TOUR campaign saw him join an exclusive club which includes Jack Nicklaus, Tiger Woods and Jordan Spieth as the only players to win five times in a season including a major before the age of 25. He revealed the secret to his success has simply been to remain patient on the golf course.

“A lot of my wins have been because I’ve been patient and just giving myself an opportunity to win.  Even the weeks or the times, some of the events that I’ve won, I haven’t been playing my best or I’ve had stretches where kind of had my back up against a wall, against adversity and I’ve just stayed patient and I’ve come back,” said Thomas.

Matsuyama, who finished second at the CIMB Classic last season and T5 in 2015, is expected to be Thomas’ main challenger at the event which is showcasing two of the world’s top-five players for the first time.

Like Thomas, the 25-year-old Japanese star has also been on a roll with six titles around the world, including two World Golf Championships tournaments, over the past 12 months. “Hopefully I can play well again and just have as good a season. It is very important to play well in the opening events,” he said.

The 53-year-old Love, who sits on the PGA TOUR Policy Board, is excited at the prospect of the TOUR expanding its reach through the CIMB Classic and beyond. “I’ve watched the TOUR grow really around the world. With the Canada Tour, the Latin American Tour, playing two events now in Mexico, three over here, it’s really growing. It’s an international game …. CIMB with an even bigger commitment now to this event,” said Love.

“We have to embrace that that we’re going to play around the world. Our TOUR is going to be kind of the world tour. Guys are coming from all around the world to play our TOUR as the premier place to play, so we have to come over here and play. It’s a great streak. My goal would be to get in all three of them next year, it would be a nice goal,” said the 21-time PGA TOUR winner.

The CIMB Classic is also sanctioned by the Asian Tour and Professional Golf Association of Malaysia (PGAM). The premier Malaysian tournament is also the first of three PGA TOUR events in Asia during the month of October.