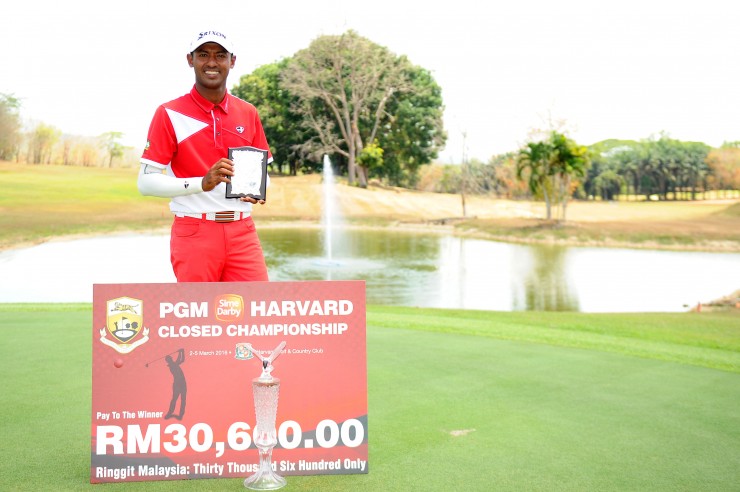 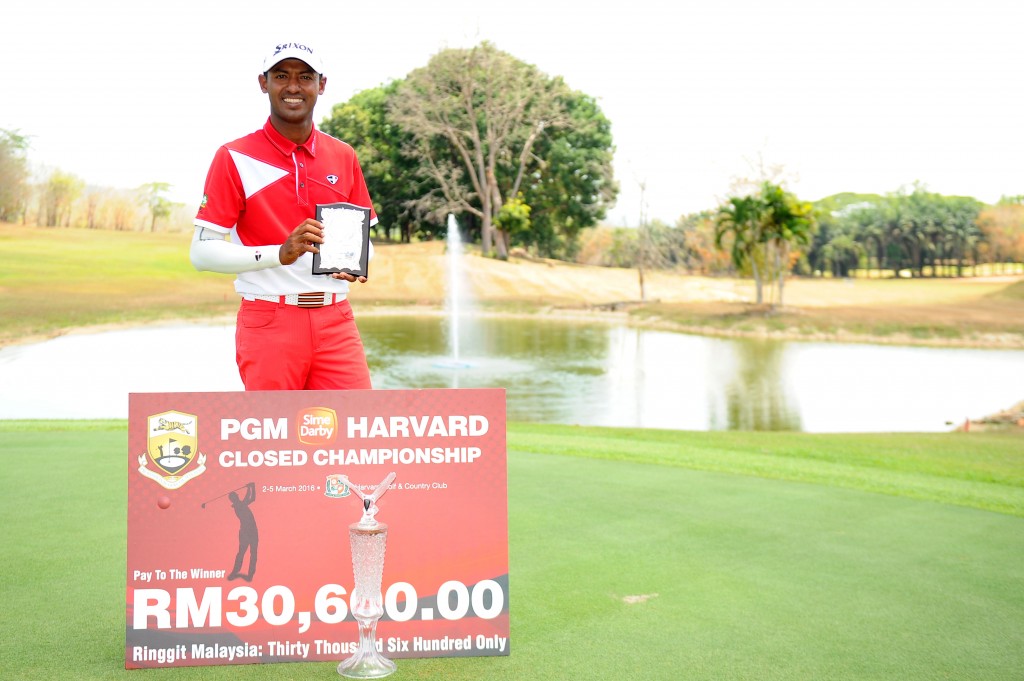 The 36-year-old maintained his two-shot overnight lead to make sure of the RM30,600 first prize cheque and the trophy with a final round two- under 70.

Now one of the senior players on the domestic circuit, Shaaban finished with a 14-under 274 total in the RMM180,000 tournament at Harvard Golf & Country Club in Kedah.

Khai Jei fired a five-under 67 to climb to 12-under, while Iylia also had a two-under 70 in the last round.

Khor Kheng Hwai was fourth on 11-under 277 after a final round 68, while S. Siva Chandhran also closed out the event with four-under round. He was fifth, another stroke back on 278.

Airil Rizman had a 69 and finished in sixth place on nine-under-par, with Brandon Lau (71) joint seventh alongside Sukree Othman (73) and Kenneth De Silva (74) on 281.

Delighted with his showing here, Shaaban said afterwards: “I have come close and played well since Orna 2014, but was not able to close out any of those events.

Nineteen-year-old Khai Jei, who only turned pro last month and already has a win on the Tour, following his triumph at Orna as an amateur last year, said: “I played well today. And it might have been closer if I had done better on the last hole. I messed up my second shot there and ended up with a par. A birdie was what I was looking for.”

“Anyway, I’m still happy with how I started (69-68) and finished today. The third round yesterday (72) let me down. But I will carry on working at trying to improve,” added the lad who only turns 20 in June.

Iylia, too, said he was pleased with his week’s work at Harvard.

“Overall it was good because I came into some form only recently and here I gave myself a shot at the title. It came up short but I can take positives from it and try to build on it,” he added.