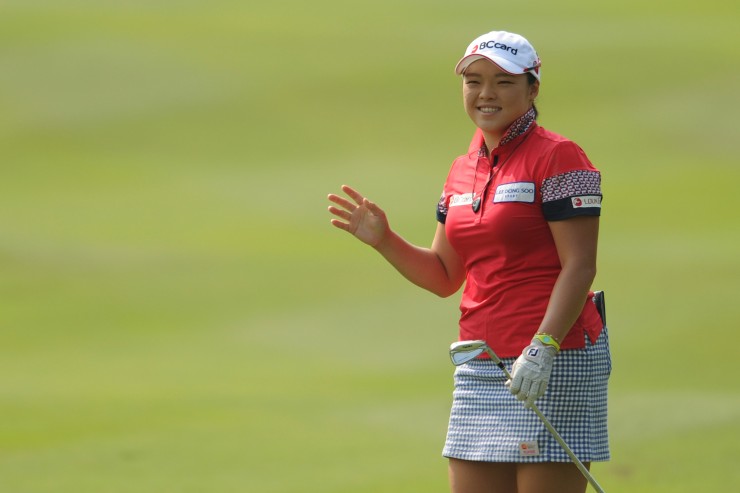 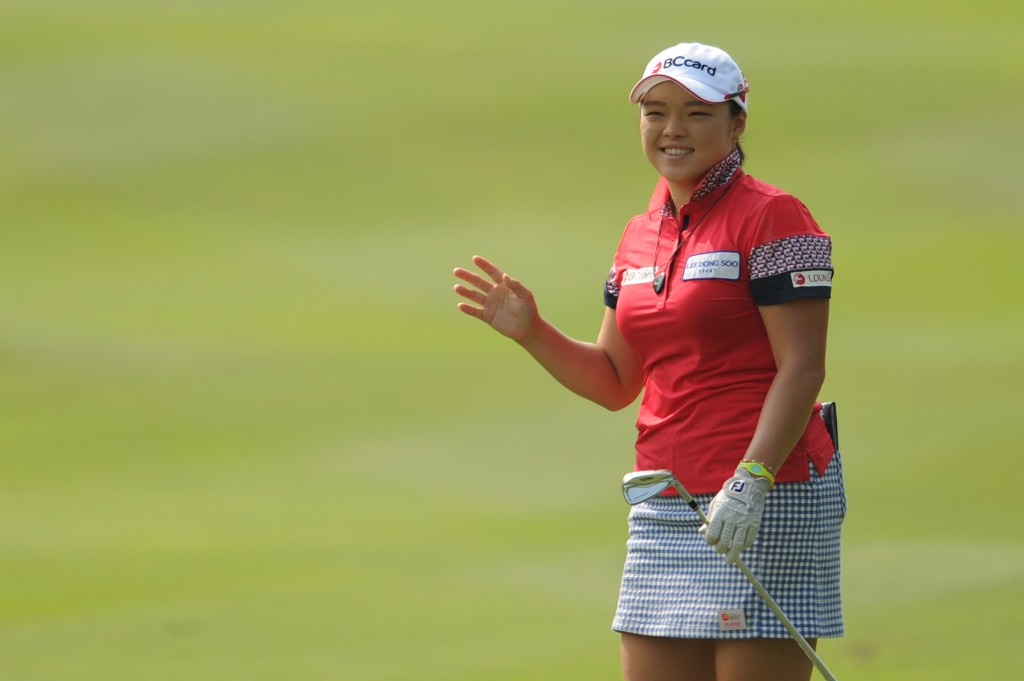 , as three tour rookies dominated the top of the leader board during the second day of the star-studded tournament.

Ha Na Jang of South Korea currents sits one shot clear of second placed Xi Yu Lin of China, having shot a bogey free six-under-par 65 to leave her at 10-under on aggregate. Jang notched up a pair of birdies on the front nine followed by a further four on the back.

Currently ranked 18 in the world and with 6 top ten finishes to her name so far this year, the 23 year old, who now resides in San Diego, looked composed on course. Said Jang: “I think today was a really good round because no bogeys today just six birdies straight. No pressure today. It’s like a little more simple. It really was a good round today”.

Tied in third place alongside current and former world no. 1s, Inbee Park and Yani Tseng, is American rookie Alison Lee. The overnight leader wasn’t able to carry her round one form through into the second day but still managed to go two-under-par to leave her on eight-under heading into the weekend.

At 20 years old, Lee is surely a big name for the future: “I’m definitely a little disappointed with my bogeys obviously, especially with the leader being at 10-under. I wish I could be right there with them. But overall I am really happy with my round today.”

Asked if seeing Brooke Henderson and Minjee Lee close out victories in their rookie years motivated her to do the same, Lee added: “Definitely. I’ve played with Minjee since I was like 13 and I’ve played with Brooke a few times before we turned professional. We were all great competitors before we came out here, so it’s nice to come here and kind of grow up together. To see them win, I’m very happy for them, but definitely gives me inspiration to play well.”

Minjee Lee was the third rookie to light up the course. At one stage the Australian’s name was at the top of the leader board, but bogeys on the 15th and 18th arrested her progress, leaving her tied in sixth place alongside Koreans Amy Yang and Chella Choi and defending champion Shanshan Feng of China, at seven-under-par.

Commenting on the course set up, Lee said: “I think you can definitely score well around this golf course. It’s not playing super long, so there are a lot of holes that you can kind of really attack and then the greens are pretty soft so you can go for the pins.”

Elsewhere, Lydia Ko made up for a slow start on Thursday, shooting a flawless six-under-par 65 to propel her back into contention at the halfway stage. Tied in tenth place, the 18-year-old world no.2 is looking increasingly strong heading into the weekend.

Amongst the five Malaysian players in the field, LPGA Tour pro Kelly Tan wasn’t able to repeat her first round performance, carding three-over-par 74 to leave her at two-over-par and tied in 50th place. Malaysia’s top amateur Nur Durriyah Damian carded a highly respectable even par 71 but will rue the eight shots she gave away in round one. Michelle Koh lies two further back at 10-over-par with Cindy Lee Pridgen at plus 12 and Ainil Johani at the bottom of the table.

Played under clear skies at Kuala Lumpur Golf & Country Club (KLGCC), round two of the Sime Darby LPGA Malaysia 2015 saw visitors enjoy a host of new initiatives on and off the golf course. With a free food voucher included with every ticket purchased, a Lucky Draw worth up to RM 500,000-, plus a host of other freebies including golf umbrellas and Magnum ice creams, the tournament is certainly living up to expectations.