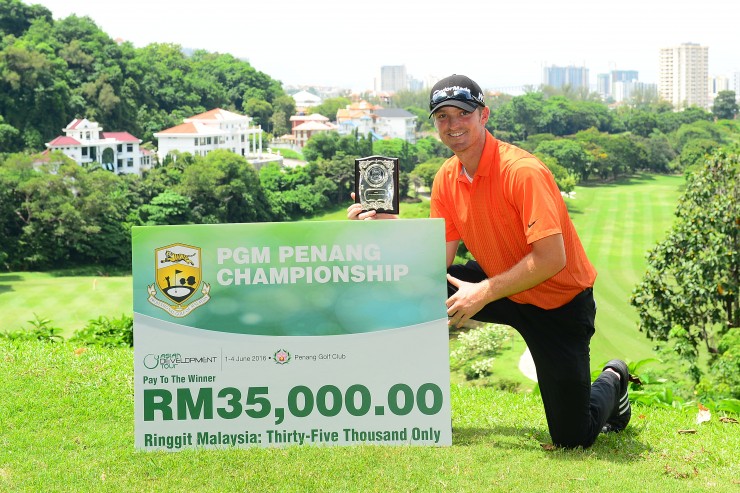 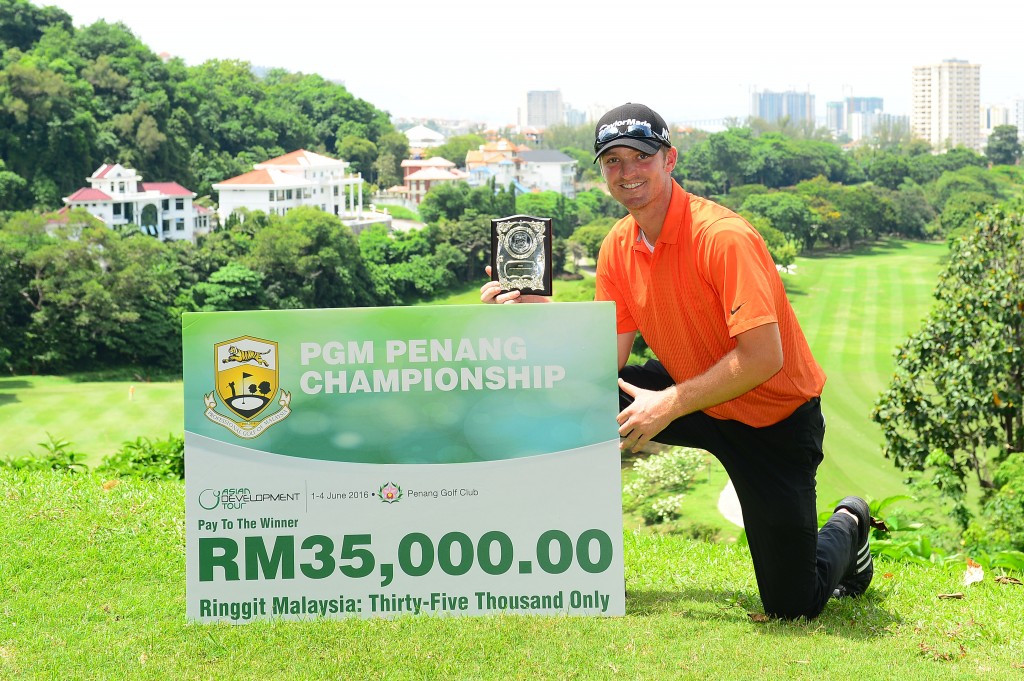 American Nick Sherwood won his first Professional Golf of Malaysia (PGM) title when he captured the Penang Championship by a single stroke today.

The 25-year-old, who hails from Oregon in the United States, shot the best round of his budding pro career, an outstanding 10-under 62, to seal victory with a 22-under-par 266 total at Penang Golf Club.

A shot back on 267 was Thailand’s Pavit Tangkamolprasert, who himself carded his round ever – a 62 of his own.

In third place was John Michael O’Toole of the US, who had 67 and finished on 18-under 270, while Sweden’s Oscar Zetterwall was fourth on 272 after a fine 66.

Top-ranked Malaysian Danny Chia closed with a seven-under 65 to share fifth place with Australian Adam Blyth, who could muster an even-par final day 72.

Nicholas Fung did his confidence no harm as he finished with an eight-under 63. He climbed from 25th to joint seventh, alongside compatriot M. Sasidaran (69) and the Thai duo of Suradit Yongcharoenchai (66) and Wisut Artjanawat (74).

Understandably pleased with his performance this week, crowned with a RM35,000 winner’s cheque, Sherwood said he was only in Asia because he lost his Tour card in Canada last season and added that he had no regrets of coming out to this region six months ago.

“I am absolutely delighted to have won here,” he said. “I had done reasonably well since came out here (to Southeast Asia) and had two top-10 finishes before this week. So to go on and win here in Penang is really satisfying.

“I played well throughout the week and today was rather special because this was my best round of golf ever as a pro.

“I hit the ball solid and putted well too. I could not ask for more and I am really very happy to have won.”

The American was bogey-free through his round that featured 10 birdies – four on the front nine and six coming down the home stretch.

The player who has already won in Sarawak and Terengganu added: “I am also happy to with how I played as this is my best score ever.

“But I am a little sad with missing the chance of birdie at the par-5 12th hole. I should have got that one but it slipped away. Still, I am very happy with how I played,” added the Bangkok lad.

“My driving was good and my wedge shots were just where I wanted them to be. My putting was good too today, so everything really worked out well so far as my game was concerned, but in the end Nick deserved it.”

Fung, meanwhile, also said he was pleased with his finish here.

“The first two days I struggle with the putter but yesterday (68) and today I putted well and that made the difference.

“I hit the ball well the whole week but the putter was the key to improving on the opening two days. So what I did after the second round was to put in a bit of practice and I kind of worked it out.

“So overall I must say that I am happy with how it finished,” added the multiple winner on Tour.

The PGM Tour will now enter its mid-season break and resume with the Port Dickson Closed Championship at Port Dickson Golf & Country Club from July 13-16.