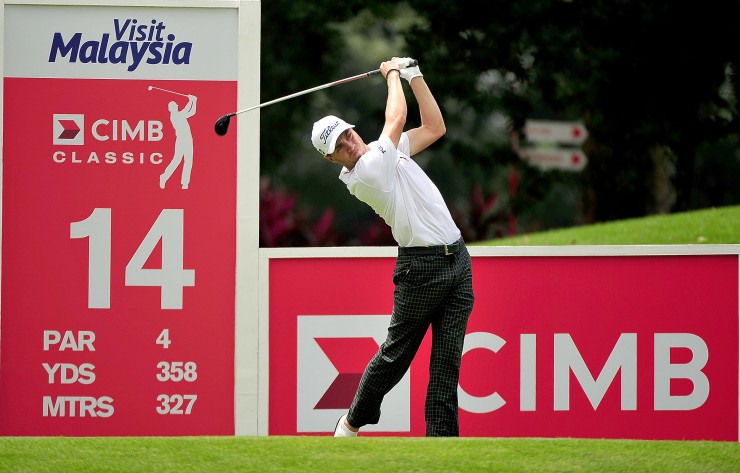 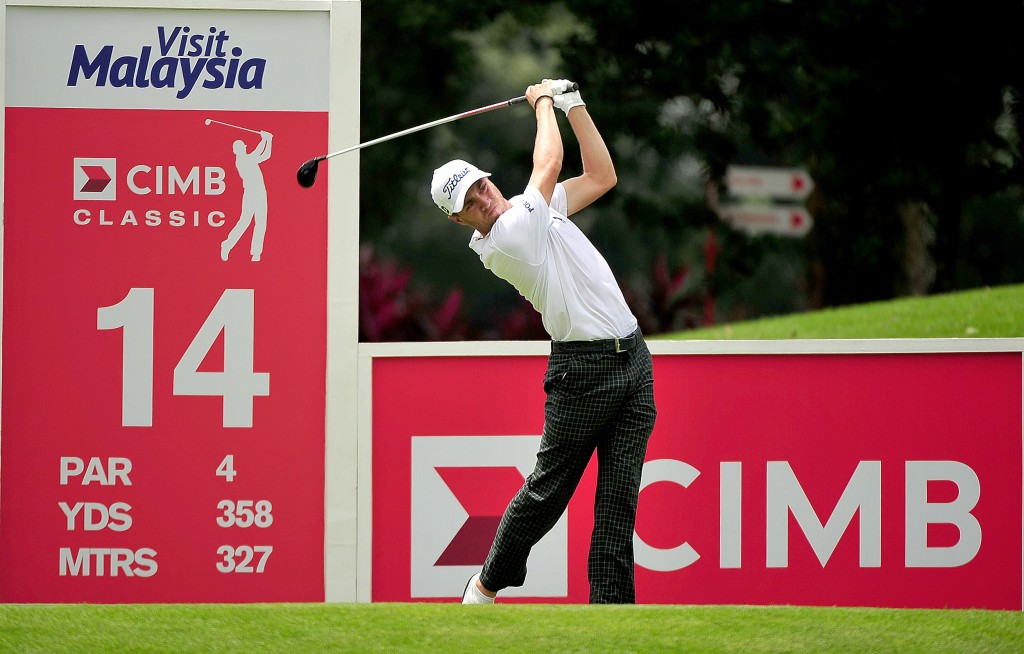 American Justin Thomas shot a stunning career low 11-under-par 61 to snatch the halfway at the US$7 million CIMB Classic on Friday with a tournament record of 15-under-par 129.

The 22-year-old Thomas produced a master class performances in rewriting a new low score at the Kuala Lumpur Golf and Country Club’s West course, sinking one eagle and nine birdies to lead by one from countryman Brendan Steele, who came home in 63.

Overnight leader Scott Piercy settled for a 69 to lie two off the pace alongside Spencer Levin (64) and Japan’s Hideki Matsuyama (66) in the tournament sanctioned by the Asian Tour and PGA TOUR.

Current Asian Tour number one Anirban Lahiri of India, who is also now a PGA TOUR member, carded a 67 for tied 21st place with amongst others, second-ranked Australian Scott Hend of Australia, who shot a 70.

Thomas, seeking a maiden victory on the PGA TOUR in his first visit to Asia, was delighted to walk away with the halfway lead. “It was obviously a great day. It was one of those days when you kind of get unconscious and get rolling out there. They don’t happen too often,” said Thomas, whose two-day total is the lowest in CIMB Classic history in relation to par although the preferred lie ruling has been in effect in the opening two rounds.

“I just got off to a good start. Being five-under through five, that got me in it and kind of got me in that attack mind frame. I gave myself a lot of really close, easy birdie putts. If I missed the green, I missed it in a good spot where I could get it up-and-down. So it was a fun day.”

Thomas arrived in Malaysia on the back of some good form following his best outing on Tour with a third place finish at the Frys.com Open two weeks ago. He went out in 30, which included a six-foot eagle conversion on three after rifling a five iron into the green.

When the world number 64 reached 11-under through 15, the magical score of 59 seemed a possibility but Thomas could not snare the two more birdies required in his last three holes.

“It (59) first came up in my mind after I birdied 11 and 12, when I got to eight-under through 11, I felt like that I had a chance. You don’t think about it too much really, so I tried not to. After I birdied 14 and 15, I knew I just needed to get two of my last three. And I mean, they’re all pretty easy holes. So it was obviously unfortunate not to get that number but I’m sure I’ll have many more chances in my career,” said Thomas, who has needed only 25 putts per round so far this week.

A close friend of newly installed PGA TOUR’s Player of the Year, Jordan Spieth, Thomas is hoping to break into the winner’s circle by bagging the CIMB Classic.  “Obviously, it’s a great position to be in, but there’s a lot of golf left. I just need to keep firing. You need to make a lot of birdies just to kind of keep pace or get ahead of pace. So I just need to stay patient and play well and have some fun out there,” said Thomas.

Steele, chasing a second PGA TOUR win, was also bogey-free as he stayed hot on the new leader’s heels with seven birdies and one eagle on the third hole. “I’m doing a lot of things well right now,” said the 32-year-old, whose best finish in the event was tied 25th two years ago.

“I’m putting the ball in some pretty good spots. I’ve got a little more length than I had the last time I was here in 2013, so I can cover a few more bunkers.”

World number 15 Matsuyama, sank three birdies in his opening five holes and just as many in his closing five holes for a bogey-free day to stay in contention for a second title on the PGA TOUR. He knows he must convert more birdie chances where he is tied first in greens hit in regulation.

“I played well again. I didn’t quite hit the ball or putt it as well as I did yesterday, but I’m happy the way I got it around and into the hole,” said the 23-year-old, who is also five-time winner in Japan.

The Japanese star believes the heat and humidity can be a factor this weekend. “When it’s so hot, we all sweat a lot and it’s important to make sure I’ve got a towel handy and don’t let my grips get wet at all. Also, the concentration level that you need is much more difficult in the heat and you really need to be careful,” said Matsuyama.

Defending champion Ryan Moore, bidding a three-peat at the CIMB Classic, carded a 69 to lie in tied 15thplace on 136, some seven shots back of the lead.