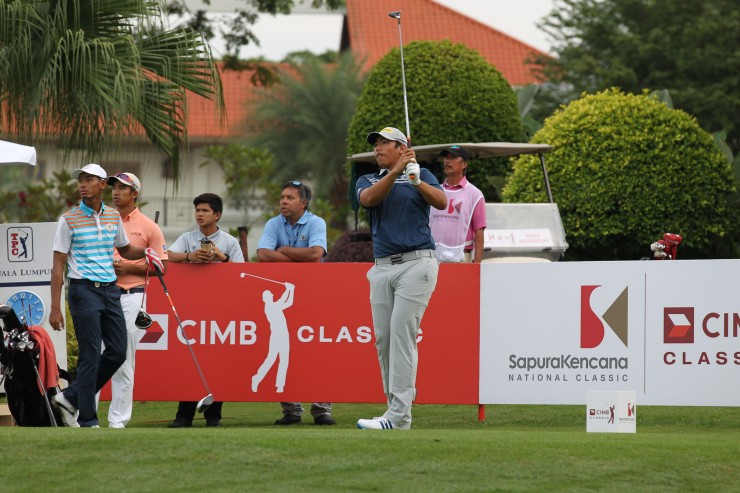 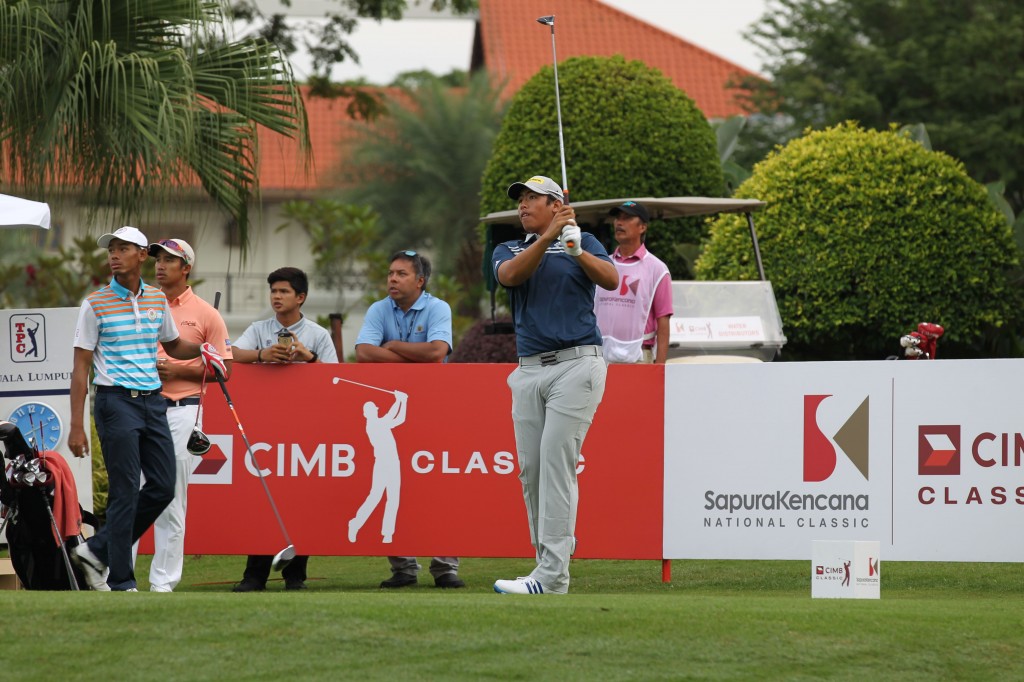 Gavin Green, Khor Kheng Hwai and title holder Ben Leong kept up their chase for a spot in the CIMB Classic after sharing the second round lead at the RM150,000 SapuraKencana National Classic on Wednesday.

Green, Leong and Khor, who posted a 73, 72 and 71 respectively, are the only players in the red on three-under-par 141 as they head into the final 18 holes at the TPC Kuala Lumpur, West Course.

Low Khai Jei and Mohd Zurie Harun moved up the leaderboard to tied fourth place after posting identical 70s as they trail the leaders by five shots in the three-day tournament.

The 22-year-old Green, who represented Malaysia in the Olympics last month, was disappointed not to take advantage of his overnight lead as he struggled with a cold putter and returned with 17 pars and one bogey.

“I’m not happy but I will take the positives. I hit about 13 greens today but I missed every putt for birdie. To be honest, it could have been worst if I didn’t stay patient. You have to be composed on this course even if the results do not work in your favour. I did that and I’m still in contention with 18 holes to play,” said Green. 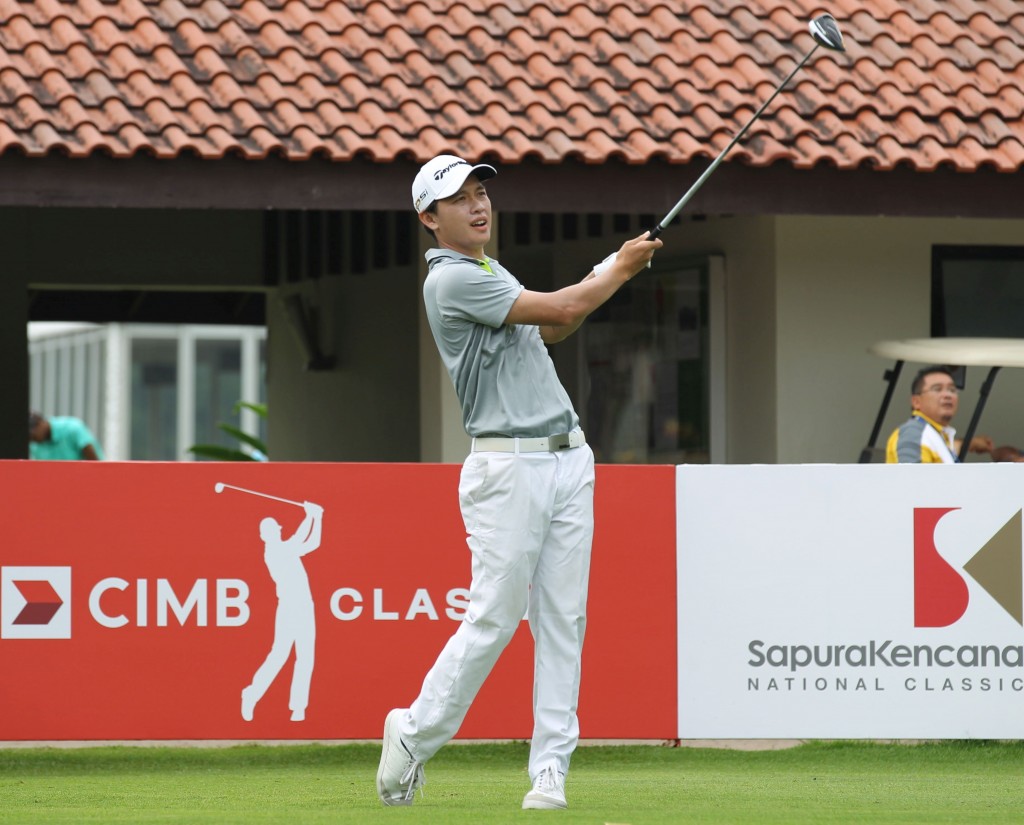 Leong, a winner on the Asian Tour, stayed on track to qualify for the CIMB Classic for the second straight year when he marked his card with one birdie against one bogey.

The Sabahan is eyeing for a successful title defence and a swift return to the lucrative CIMB Classic which is sanctioned by the PGA TOUR and Asian Tour from October 20 to 23.

“Anything in the red on this course is always good. The course is not playing easy and it felt like I shot a 62,” said Leong. “What mattered today is how I saved my score. I was putting so well yesterday but today my putter went cold. Tomorrow

, it is just me against the golf course. I can’t control what others do so I’ll only focus on my game.” 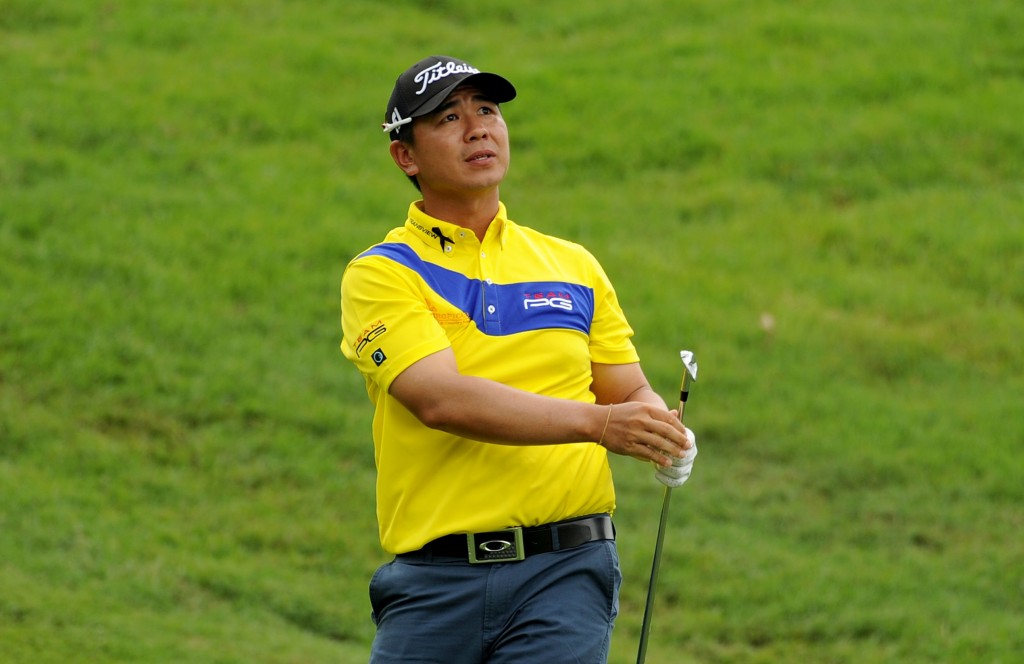 Khor will be hoping to be third time lucky after coming close to qualifying for the CIMB Classic in the last two editions. He was defeated by Danny Chia in the 2014 edition in a play-off and was in contention last year before finishing in tied sixth place.

“It was devastating when I lost to Danny in 2014,” Khor recalled. “I was two shots ahead with two holes to play and Danny birdied the last two holes to force a play-off which I lost. It was disappointing but now I have another chance to qualify for the CIMB Classic.”

“I’m hitting my irons good but making silly mistakes out of frustration. That’s what happens when you lose your cool on the course. I’ve learnt from my past mistakes and I hope my third time will be a charm!” said Khor.

As the FedExCup Playoffs wrap up this weekend at the TOUR Championship, three of the top five players in the standings heading into the final event have committed to play at this year’s CIMB Classic; Patrick Reed (2nd), Adam Scott (3rd) and Paul Casey (5th). All three are guaranteed the FedExCup this week if they can secure victory at East Lake Golf Club in Atlanta, Georgia.

The CIMB Classic 2016, now in its seventh year, will feature a 78-player elite field, comprising 60 from the PGA TOUR, 10 from the Asian Tour and eight sponsor’s exemptions. The PGA TOUR player commitment deadline for the tournament is 21 September 2016.

The CIMB Classic, which is also co-sanctioned by the Asian Tour and Professional Golf Association of Malaysia is part of the PGA TOUR’s season-long FedExCup competition. Malaysia will have two representatives – the winner of the SapuraKencana National Classic and the highest ranked Malaysian golfer in the OWGR as at 11 October 2016.