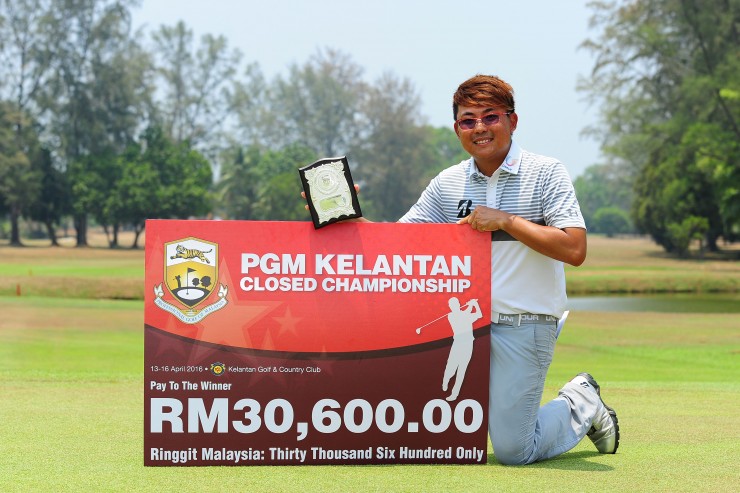 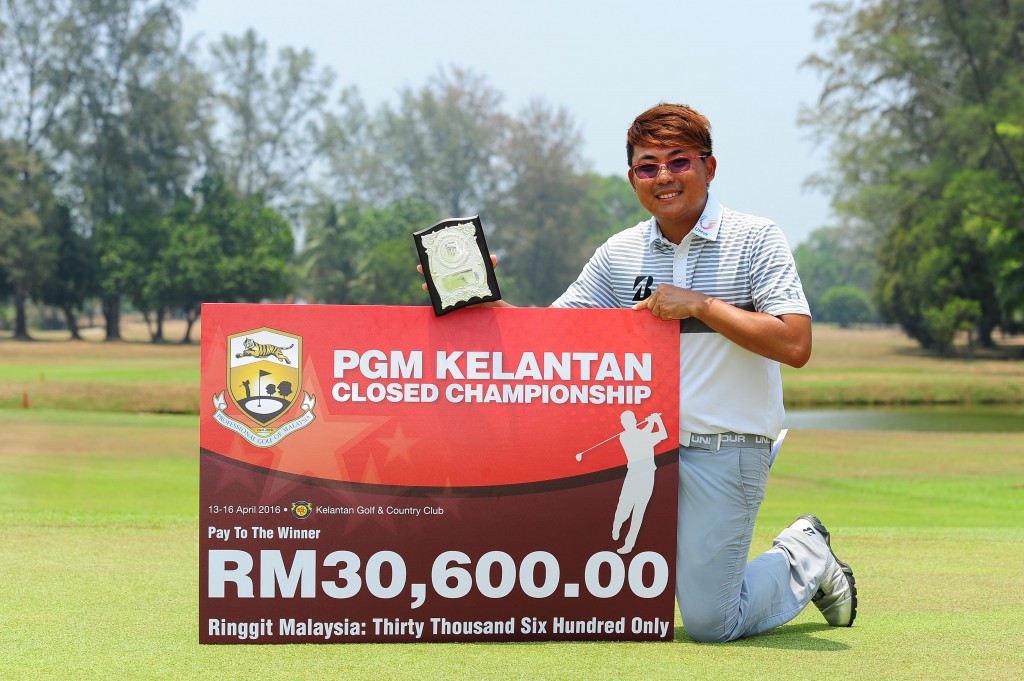 Nicholas Fung fired a fourth and final round four-under 68 at the PGM Kelantan Closed Championship today to capture his second Professional Golf of Malaysia (PGM) Tour title of the season by four strokes.

Following his victory in the PGM I&P Group Closed Championship at the Kinrara Golf Club in January, Fung finished with a four-day 17-under 271 total at Kelantan Golf & Country Club. That earned the 25-year-old and two-time PGM Tour Player of the Year the title and a cheque worth RM30,600.

Pleased with his effort in Kelantan, Fung added: “I played solid golf this week and what was satisfying for me was that it was consistent.

“I have been playing consistently well this season and I am really happy with all the areas of my game. But, if I could maybe get a bit more distance with my driver that would make it even better and it is something that I am working on.”

Fung consistency in this event was illustrated in all four of his rounds in 60s (65, 69, 69 and 68). His round today was bogey-free and highlighted by three birdies on the front nine and another one coming down the home stretch.

Khor Kheng Hwai, who had the lead or a share of the lead in each of the first three rounds, including a one-shot advantage coming into the last day, was runner-up.

The 30-year-old from Penang stumbled to a one-over 73 today and ended up with a 13-under 275 total. He started the day off well, chalking up a birdie at the 1st hole. And despite another two birdies at the 11th and 12th holes, Khor chances of a second PGM Tour crown evaporated with a double-bogey at the par-4 13th and bogeys at 10th and 17th holes.