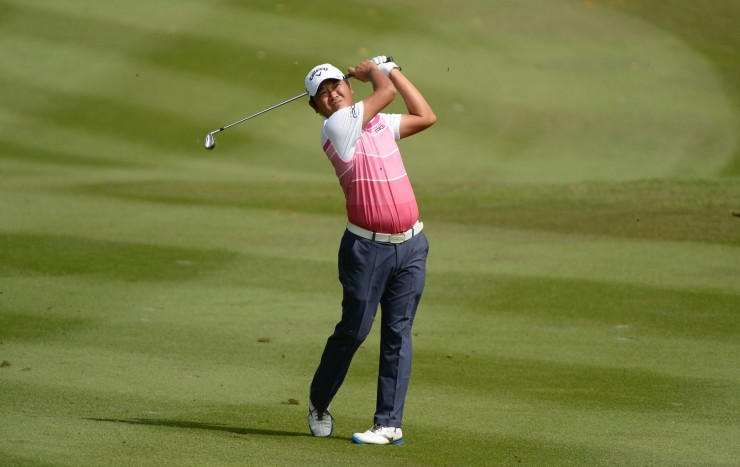 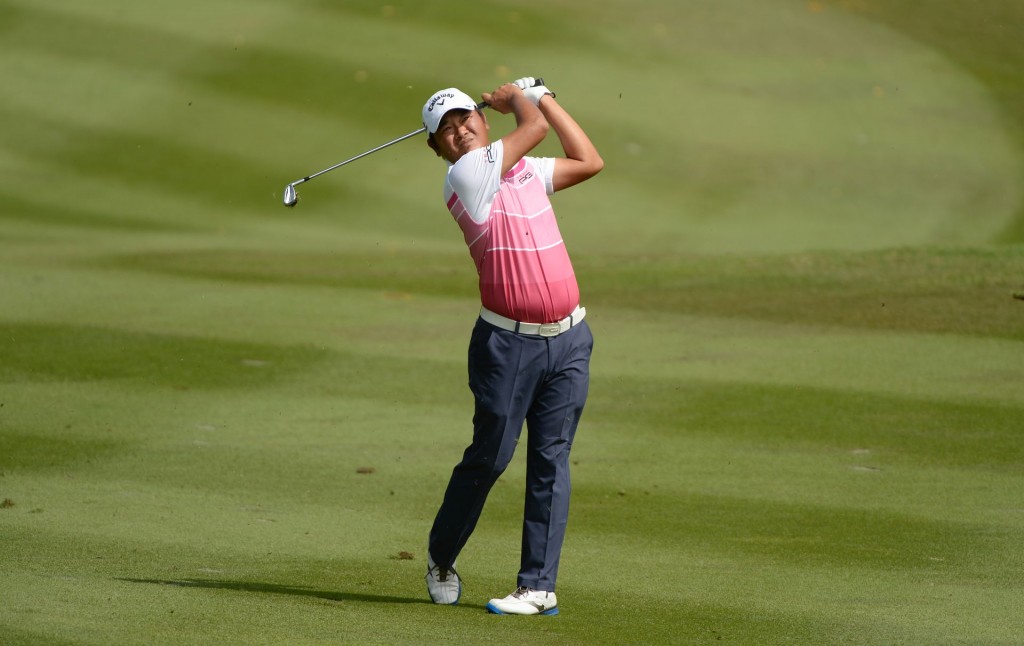 Malaysia’s Danny Chia took advantage of the favourable scoring conditions in the morning to seize a one-shot lead with an opening five-under-par 67 at the US$650,000 Mercuries Taiwan Masters on Thursday.

Chia, who claimed his only Asian Tour win in Chinese Taipei 13 years ago, marked his card with two eagles and two birdies against a lone bogey to stay one shot ahead of playing partner Rashid Khan of India at the challenging Taiwan Golf and Country Club’s Tamsui course.

Talented Thai Phachara Khongwatmai, youngest player in the field at 16 years old, returned with a 69 to share third place with Siddikur Rahman of Bangladesh in the storied event, which is celebrating its 29th edition this week.

Arnond Vongvanij, also of Thailand, registered a 70 to stay three shots off the pace in fifth place with China’s Liang Wen-chong while newly-turned professional Pan Cheng-tsung, who is playing on home soil for the first time in nine years, settled one shot back in tied-seventh place with five other players in the Asian Tour event.

Starting from the 10th hole, Chia opened with three straight pars before producing his first eagle of the day on the par-five 13th where he holed a two-footer after hitting his hybrid-second shot from 223 metres.

His second eagle of the day came on the par-five seventh where his seven-iron approach shot from 160 metres landed six-feet from the hole.

“This is not my first time getting two eagles in a round but it is the first time I did it on this course. I am very pleased with how I played. I have played a lot of times on this course and today’s playing condition has got to be one of the best so far,” said the 42-year-old Malaysian.

“Weather was the key for me today. I remember struggling with the gauging of wind directions in the past but it wasn’t the case today. Majority of the par-fives are downwind and I really had a good advantage to score,” added Chia, highest-ranked Malaysian players in 342nd position on the Official World Golf Rankings (OWGR).

Khan, a two-time winner of the Asian Tour, reeled in eight straight pars before making a birdie on the 18th to turn in one-under. He picked up another shot on the par-three second after missing a hole-in-one by six inches but stumbled with a bogey on the next as he was unable to get up-and-down for par.

Khan, however, recovered swiftly on the fifth where he unexpectedly saved a wayward tee shot out of bounce by hitting his second shot to 10 yards before chipping in for birdie.

“It was an up and down round for me. I played pretty consistent, hit a few bad shots but I recovered nicely from there. I hit it left on the fifth and the ball went out of bounce but I was lucky to find my ball inside the trees. It was a really tough shot there. I hit it to greenside and chip in nicely for birdie,” said the 24-year-old Indian.

“That got my game going. I went on to eagle the sixth hole after chipping in from greenside. It was a back-to-back chip-ins for me. The course is playing good. I will keep to the same things tomorrow and hopefully I can still see my name up there,” added Khan.

Phachara, who holds the record of being the youngest winner on the Asian Development Tour (ADT), is relishing his propects after getting off to an encouraging start in what was his first attempt at the Mercuries Taiwan Masters.

“My putting was superb today. I played in the morning and it was not so windy so it was an advantage. The wind was picking up heading into the last few holes. I think it’s going to be a lot tougher in the afternoon,” said the talented young Thai, who needed only 26 putts.

“The greens are very hard but I just kept my ball in play and focused shot by shot. I will try and keep doing the same tomorrow. I really want to play well here. I already won once on the ADT and I really hope I can play well on the Asian Tour too,” added Phachara.

Siddikur surprised even himself after returning with an encouraging round highlighted by one eagle and three birdies against a lone bogey.

“It’s been a great day out there. I don’t have any expectations this week. I have been working on my game since after suffering from the back injury last year. It’s very encouraging to return with a good round today,” said the 30-year-old Bangladeshi, who had a 17-yard chip-in birdie on the par-three 17th hole.

Players will be vying for good showings at the Mercuries Taiwan Masters to boost their chances of qualifying for the prestigious CIMB Classic and WGC-HSBC Champions.

As of October 26, the leading four golfers from the Order of Merit will earn starting places in the US$8.5 million HSBC Champions in November while the leading 10 players will qualify for the US$7 million CIMB Classic at the end of October.

Scores after round 1 of the Mercuries Taiwan Masters 2015